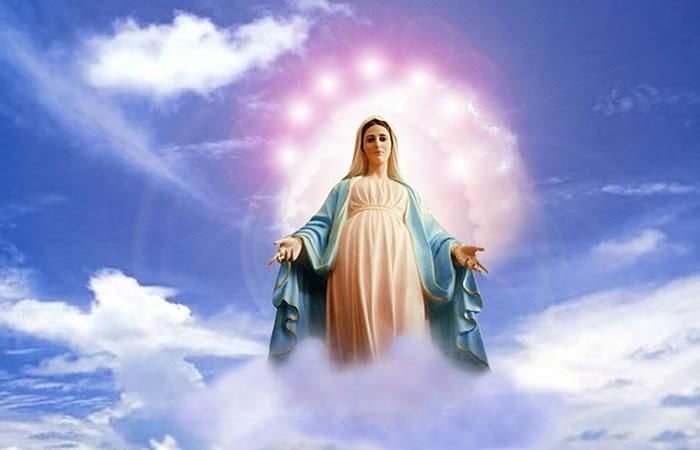 The Assumption Of Mary Into Heaven – Purpose, Facts and Declaration.

This feast of Assumption of Blessed Virgin Mary celebrated every 15th August, has a double object:

(a). The happy departure of Mary from this life;

(b). The assumption of her body into heaven.

It is the principal feast of the Blessed Virgin.

The Fact Of Assumption:

1. Regarding the day, year, and manner of Our Lady’s death, nothing certain is known. The earliest known literary reference to the Assumption is found in the Greek work De Obitu S. Dominae.

2. Catholic faith, however, has always derived our knowledge of the mystery from Apostolic Tradition. Epiphanius (d. 403) acknowledged that he knew nothing definite about it (Haer., lxxix, 11). The dates assigned for it vary between three and fifteen years after Christ’s Ascension.

3. Two cities claim to be the place of her departure: Jerusalem and Ephesus. Common consent favours Jerusalem, where her tomb is shown; but some argue in favour of Ephesus. The first six centuries did not know of the tomb of Mary at Jerusalem.

4. The belief in the corporeal assumption of Mary is founded on the apocryphal treatise De Obitu S. Dominae, bearing the name of St. John, which belongs however to the fourth or fifth century. It is also found in the book De Transitu Virginis, falsely ascribed to St. Melito of Sardis, and in a spurious letter attributed to St. Denis the Areopagite. 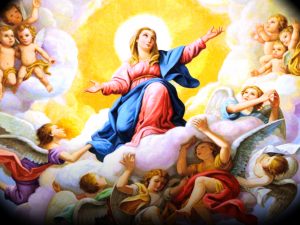 5. If we consult genuine writings in the East, it is mentioned in the sermons of St. Andrew of Crete, St. John Damascene, St. Modestus of Jerusalem and others. In the West, St. Gregory of Tours (De gloria mart., I, iv) mentions it first. The sermons of St. Jerome and St. Augustine for this feast, however, are spurious.

6. St. John of Damascus (P.G., I, 96) thus formulates the tradition of the Church of Jerusalem:

St. Juvenal, Bishop of Jerusalem, at the Council of Chalcedon (451), made known to the Emperor Marcian and Pulcheria, who wished to possess the body of the Mother of God, that Mary died in the presence of all the Apostles, but that her tomb, when opened, upon the request of St. Thomas, was found empty; wherefrom the Apostles concluded that the body was taken up to heaven.

7. Today, the belief in the corporeal assumption of Mary is universal in the East and in the West; according to Benedict XIV (De Festis B.V.M., I, viii, 18) it is a probable opinion, which to deny were impious and blasphemous.

By promulgating the Bull Munificentissimus Deus, 1 November, 1950, Pope Pius XII declared infallibly that the Assumption of the Blessed Virgin Mary was a dogma of the Catholic Faith.

Likewise, the Second Vatican Council taught in the Dogmatic Constitution Lumen Gentium that “the Immaculate Virgin, preserved free from all stain of original sin, was taken up body and soul into heavenly glory, when her earthly life was over, and exalted by the Lord as Queen over all things (n. 59).” 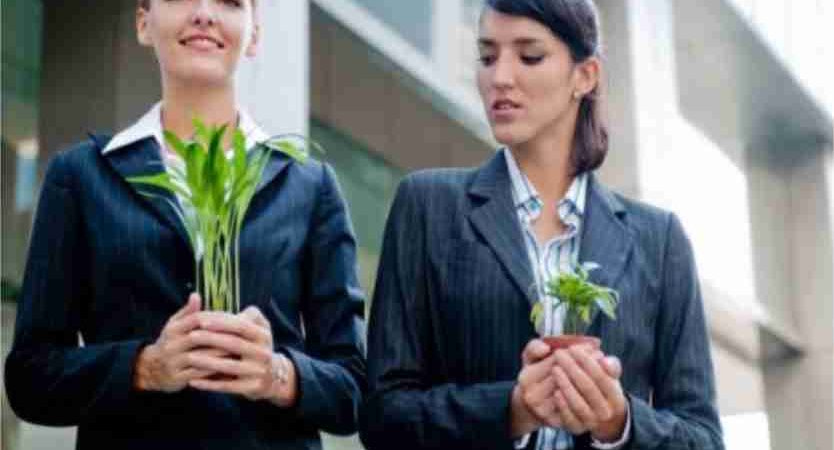 5 Reasons Why Some People Totally Become Sad Over The Progress Of Others.

Spread the Good NewsEver think that everyone is truly happy with you over your recent promotion? Or that the recent party you threw to celebrate your new found joy... Read More 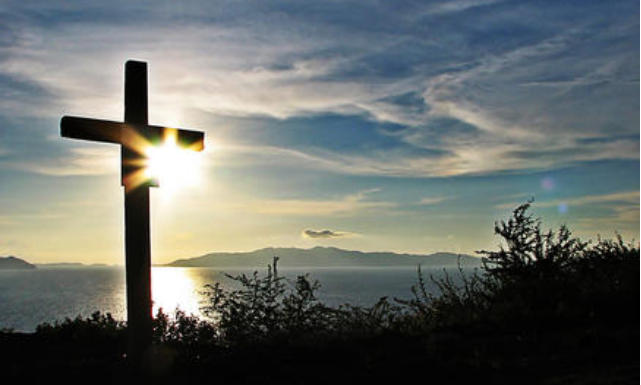 Spread the Good NewsColossians 1:24‭-‬29 “And now I am happy about my sufferings for you, for by means of my physical sufferings I am helping to complete what still... Read More

Catholic Priests Protest In Enugu State As Another Priest Is Killed

Spread the Good NewsHappening now. Priests of Catholic Diocese of Enugu march to Enugu State Government House in peaceful protest over the killing of one of them. Rev. Fr.... Read More 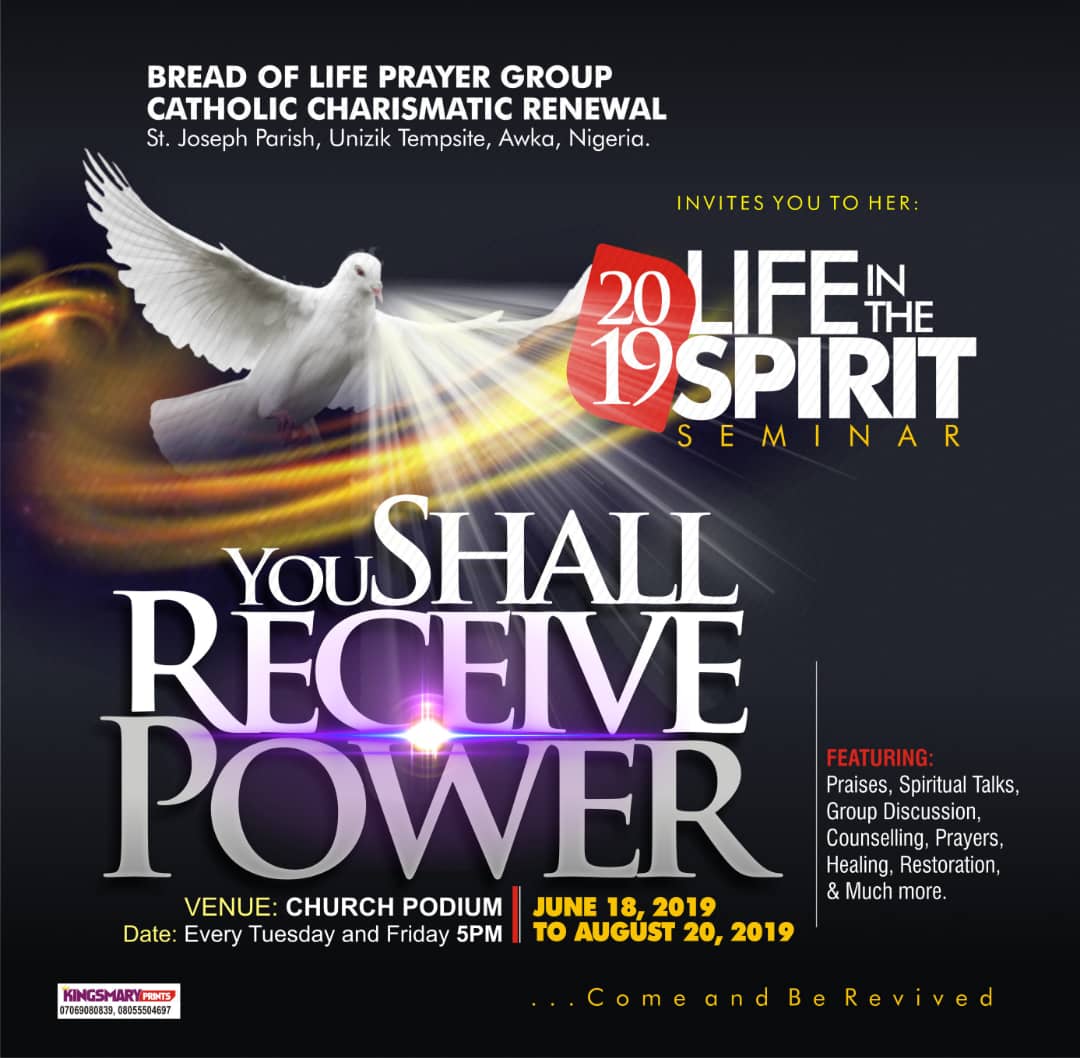